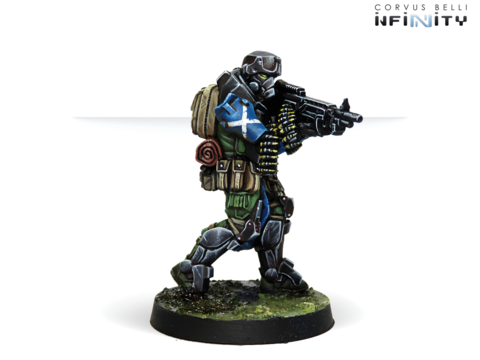 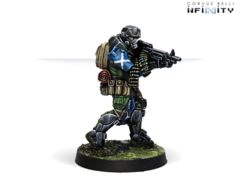 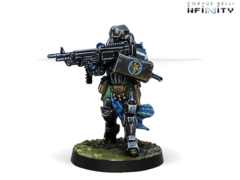 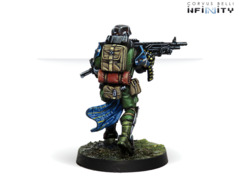 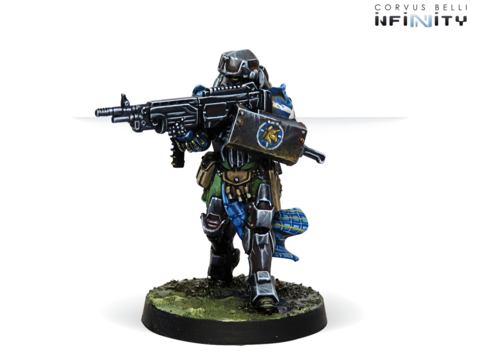 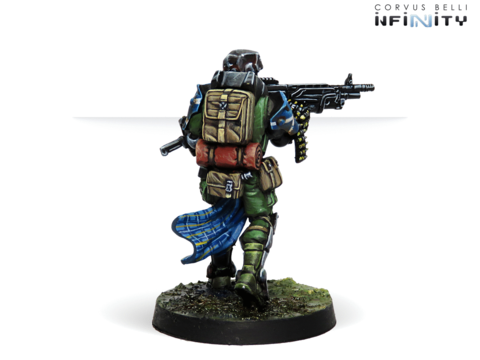 In a society like the Caledonians, in which Teseum is the base of clan power, the ostentatious display of this neomaterial is a symbol of both political and military power. For that reason, the Mormaers are the elite of the Caledonian Army. Their armors contain an amount of such incredibly pure Teseum that it offers a protection superior to most of the body armor of the Sphere. The production cost for one of these suits of armor is so high that very few in Ariadna can afford to have it. And the same is true of their weapons, whose ammunition is worth a king's ransom. It could be said that the Mormaers' identity is based on Teseum. Because of this, the regimental name, an old noble Scottish title equivalent to Duke, derives from the fact that they are the distinguished elite of the Caledonian troops. Nothing is more prestigious for a clan than to be able to equip and to enlist one of its best men in the Mormaers. Because, in order to enlist in this regiment, the clan is obligated to contribute all of the necessary equipment, weapons, ammunition and supplies for each recruit. This implies a considerable investment in Teseum. For that reason, only the best soldiers of each clan are selected to become Mormaers, many of which are heirs or sons of the most prestigious members of the clan. This is the main reason why the regiment is formed of so many members of the clan elite, and why there are so many family and political ties among them, where few are called by their military rank, being more accustomed to the names “Sire” or “Cousin”. This is why it is said that the Mormaers are the aristocracy of the Caledonian Army. Nevertheless, in spite of being a front line regiment always deployed when necessary to face exceptional conditions and situations requiring “Victory or Death”, their combat discipline and the quality of their equipment are so extraordinary that their casualty levels are very low, so that their elite identity always remains virtually intact. As complicated as the scenario may be, the Mormaers always impose their own terms, from the beginning to the end of the battle, where the vast superiority of its firepower gives them the first word, and also the last.